Bahawalpur has always been a seat of higher learning. Uch Sharif (a nearby ancient town) had one of the largest universities in the world where scholars from all over the world used to come for studies. As a continuation of this tradition a religious University (Jamia Abbasia) was established in Bahawalpur in 1925, following the academic pursuits of Jamia Al-Azhar, Egypt. The renowned scholars spread the beacon of Islam by teaching Tafseer of Quran, Hadith, Fiqh, and History along with other contemporary subjects.

In view of the changing scenario, Jamia Abbasia was declared as a general University in 1975, and was renamed as The Islamia University of Bahawalpur. Initially, it started functioning at Abbasia and Khawaja Fareed Campuses with ten Departments. In order to construct a modern and self-contained campus, 1250 acres of land was allotted to the University on Hasilpur Road about eight kilometers away from the city centre.

The sand dunes have been converted into well-built faculties, green lawns, hostels, residential colony, farms and orchards. It is known as Baghdad-ul-Jadeed Campus. The University was started with ten departments and now this number has increased to 45 offering 74 disciplines. Apart from conventional disciplines of Religious Affairs, Languages, Social and Basic Sciences; education is being imparted in the areas of Business Administration, Engineering, Agriculture, Veterinary Sciences, Computer, Law, Education, Fine Arts, Pharmacy, Life Sciences and Sports Sciences. The University values quality education rather than quantity. Towards achievement of this end a team of highly qualified and committed faculty members have been engaged. Moreover, research is being made corner stone of the educational philosophy.

In order to provide opportunities of higher education to the youth at their door step, two campuses were established at Rahim Yar Khan and Bahawalnagar in 2005. Initially, Departments of Management Sciences and Computer Science & Information Technology were established for which response was very encouraging. The number of Departments at Bahawalnagar and Rahim Yar Khan Campuses have been increased to seven and six, respectively. 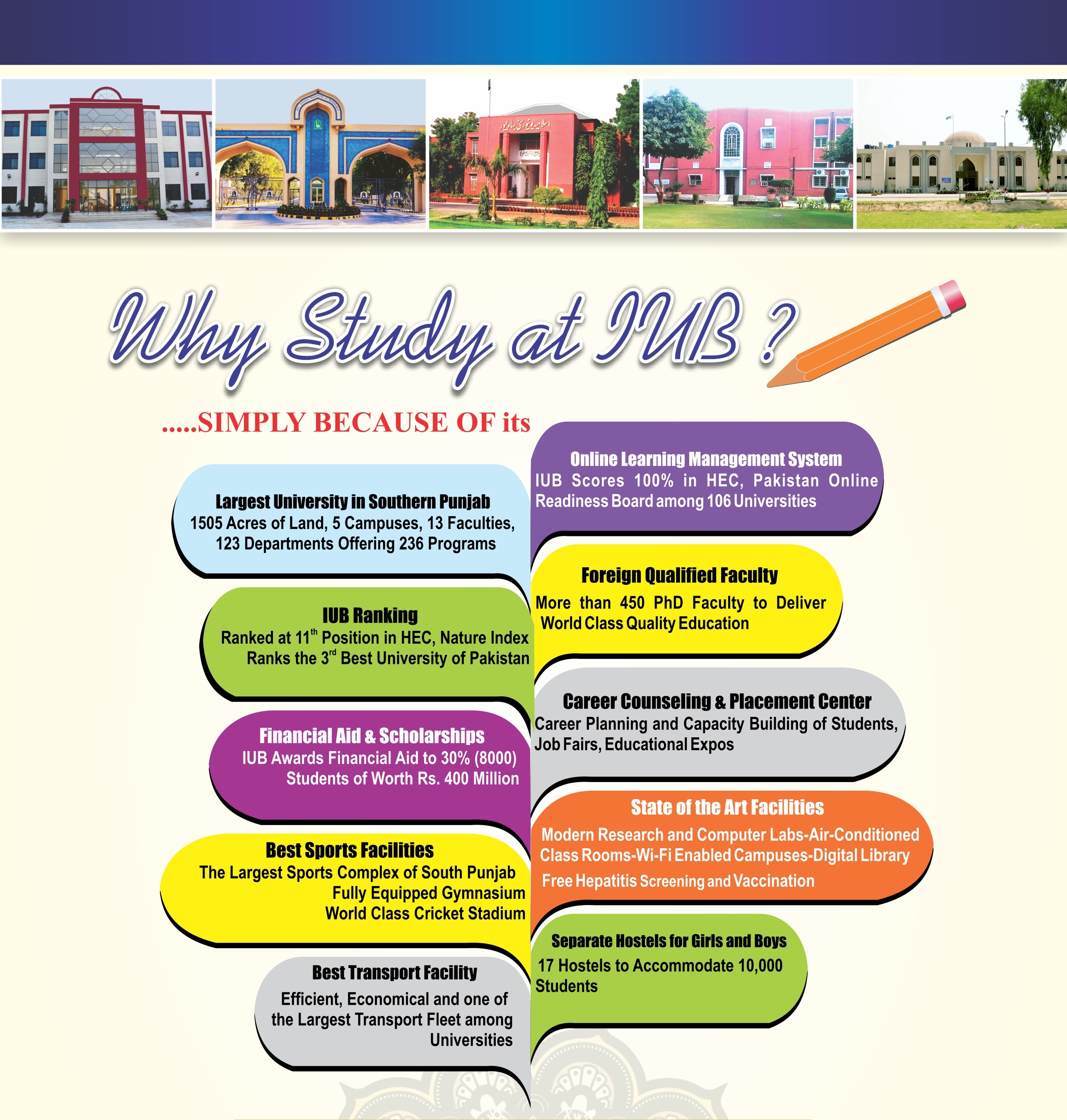