Seerat-ul-Nabi (ﷺ) is full of the events of faith and certainty from the life of Allah's Messenger (ﷺ), his family, and his Companions. The study of the Seerat strengthens the spirit of defending the true religion of Islam, and the hearts find peace, tranquility, and contentment. Studying the biography of the Holy Prophet (ﷺ) helps to understand the Holy Qur'an and the Hadith for having deep connections. The knowledge of characteristics and distinctions of the Prophet (ﷺ), his approach and dealings with others, and understanding the true sense of rights and duties, is possible only by studying the Seerat-e-Tayyaba. Studying the biography of the Prophet (ﷺ) not only provides direction about faith, sharia, ethics, commentary, and da'wah training but also represents practical perfect model for politics, justice, economics, moralities, and social reforms in righteous way. The Islamic imprint on the social and cultural traditions of mainland Bahawalpur has been deep. The Governors of the State of Bahawalpur were committed to Islam, and its evidence was the establishment of Jamia Abbasia in 1925 in the State of Bahawalpur. The Islamia University of Bahawalpur is its evolutionary form. Islamic identity is the keystone of this university. In pursuance of the directive of Government of Pakistan, Seerat Chair was established in the University in 1987 with the following aims and objectives: 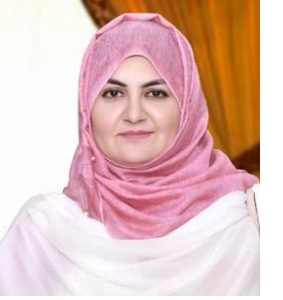